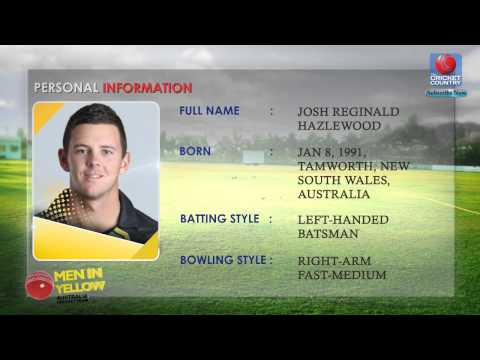 Especially in India, where if Dharamsala and to some extent Mohali is barred, the other venues are not likely to produce swinging conditions, Hazlewood might not make impression with the new ball either which he is known for.

However, one thing which Hazlewood can still trouble the batsmen with is his height. If it’s up and down, then his length bowling can come to some effect as the elevation with which he delivers the ball, it can be quite deceiving for the batsmen in terms of their foot movement. They might end up being caught in the crease to the deliveries which they should be forward to.

But, as far as Australia is concerned, there are so many choices that they have in the squad, the likes of Coulter-Nile who is tall as well and bowls with a high arm action and can bat a bit too and also, Hastings, those guys might get the nod for the starters and Hazlewood might have to wait for his time.